THE MASTER RETURNS!
In the words of my classmate Nathaniel Meyer, bring on the RICHES AND GLORY!
(and well-needed sleep)... After submitting my thesis this May, I made this giant (disassemble-able) brown bag and paper mache frame. What followed was a bananabread month of all-out artmaking. Here are two pieces that I was considering for the show:
Eventually chose this one: 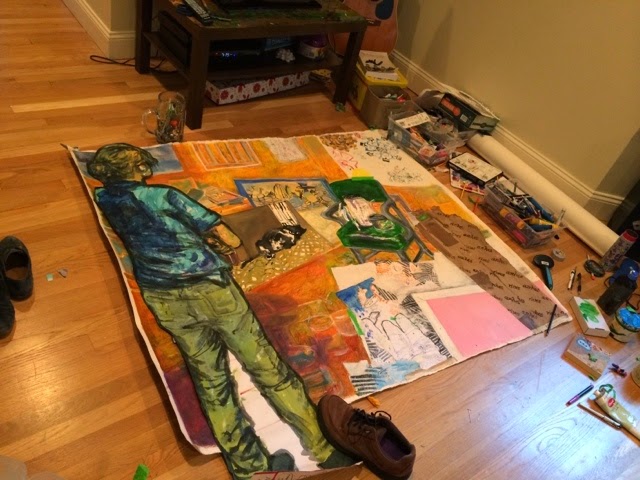 It evolved constantly-- the figure disappeared and multiplied:
Other residency highlights: 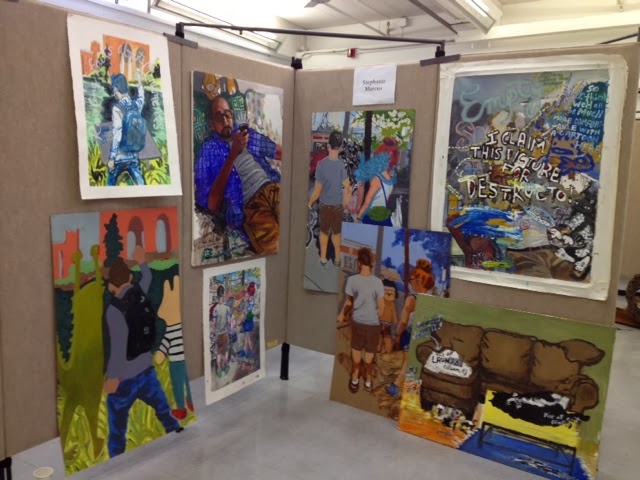 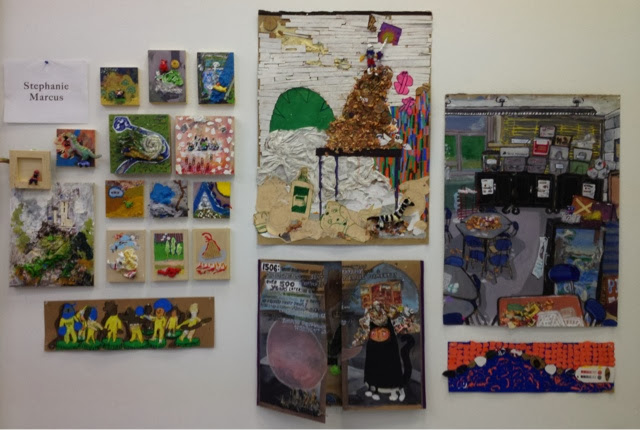 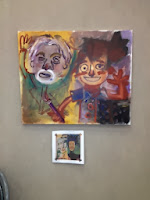 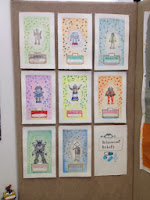 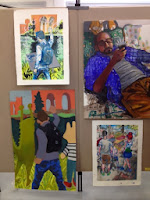 The Octopus Swims in All Directions at Once 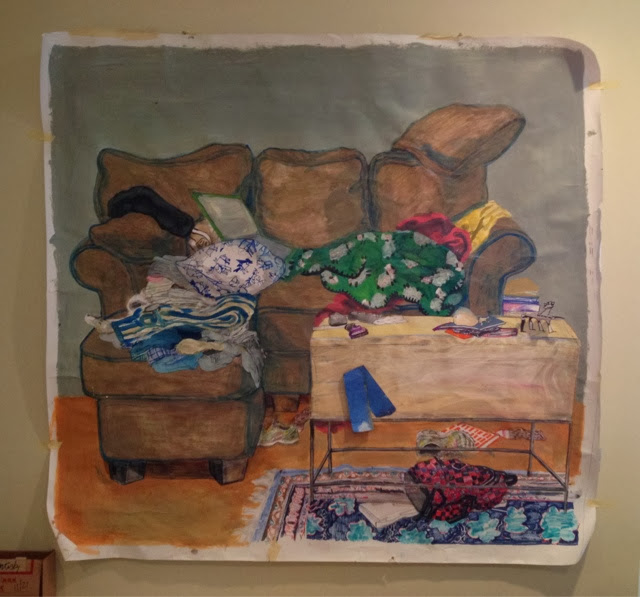 Original post:
Plugging forward with all my projects. Drawing from life, building from trash, and composing from my head. Is it silly to hope that all these projects will magically converge and present me with a glittering, glorious thesis topic sometime in the next few weeks?


Anyway. UPDATES:
1. COUCH: Here is my cat having some real-life interaction with the couch drawing. 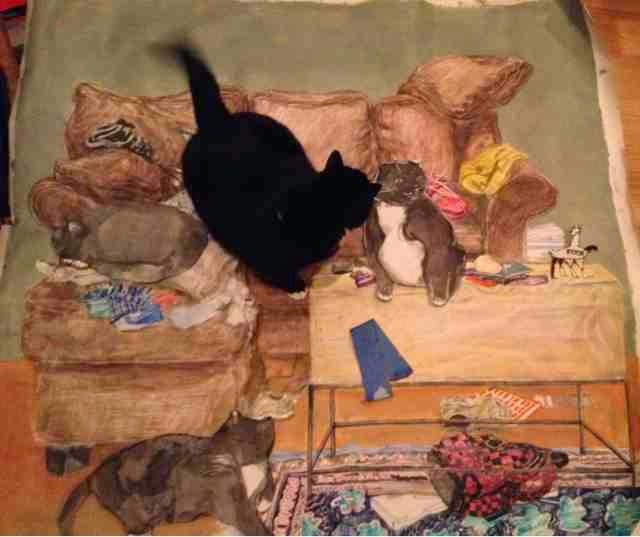 2. BABY COUCH: Annoyed at how fussy the big couch drawing is getting, I painted this, in a few hours, in my studio. I like the feeling of it, even though it's not from a photo. 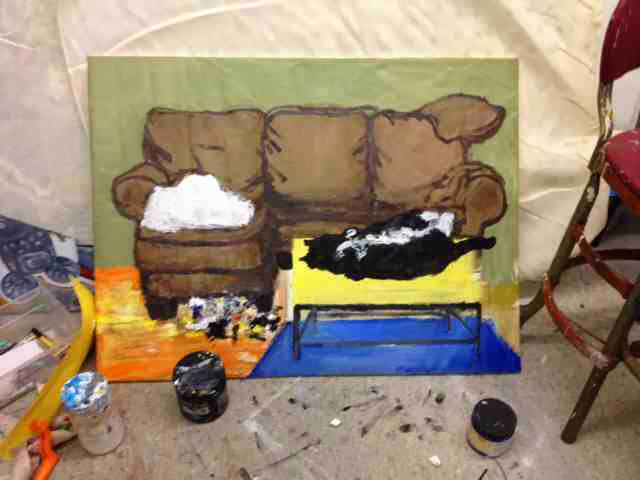 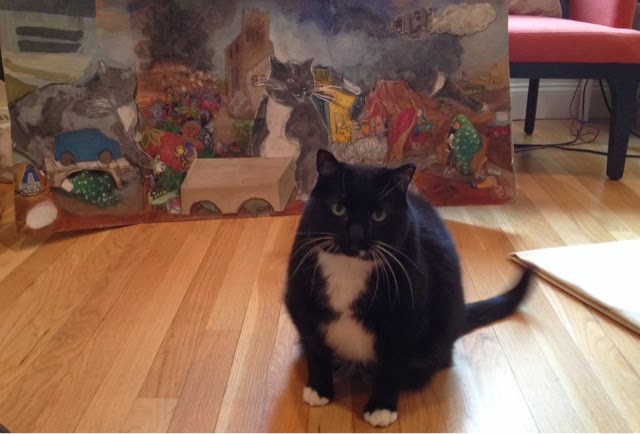 Original Post:
I am constantly overwhelmed. Sometimes the multitudes of thoughts and responsibilities swirling around in my head are manageable, but often they come close to reducing me to a quivering ball of goo. Rather than staying in goo-form, I want to express these feelings with my work. So--

I chose Heironymous Bosch's triptych "The Temptation of St Anthony" as compositional inspiration for this new painting. Like Bosch's picture, it will be a triptych, with doors that open to reveal a chaotic and fantastical scene. I made it out of a large piece of chipboard, scored with a knife to fold in the right places. Saint Anthony is shown three times (an example of continuous narrative), tortured by a crowd of monstrous beasts. I am drawing my own fears (and first-world worries such as Pinterest feed updates and Brunch With Friends) in monster form. I'm no saint for sure, but I'm the only protagonist I've got, so I will be shown three places in his stead, surrounded by Creatures Moste Foul:
Posted by Steph at 3:12 PM No comments: 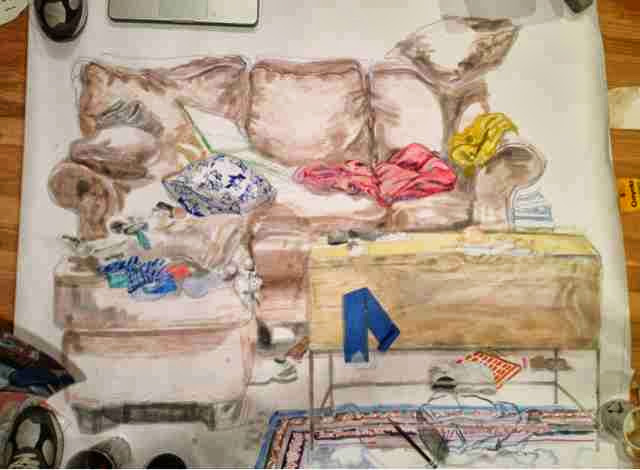 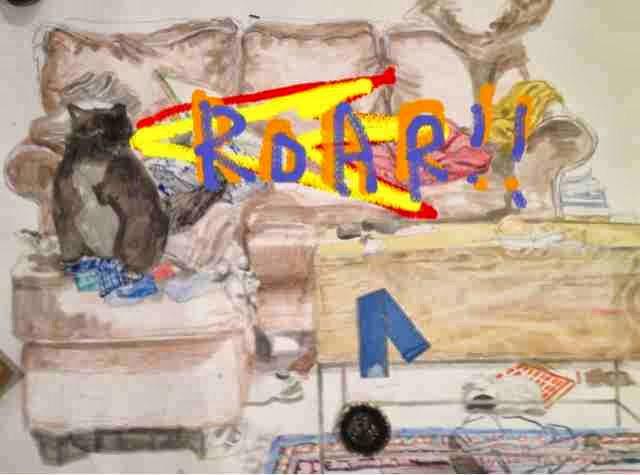 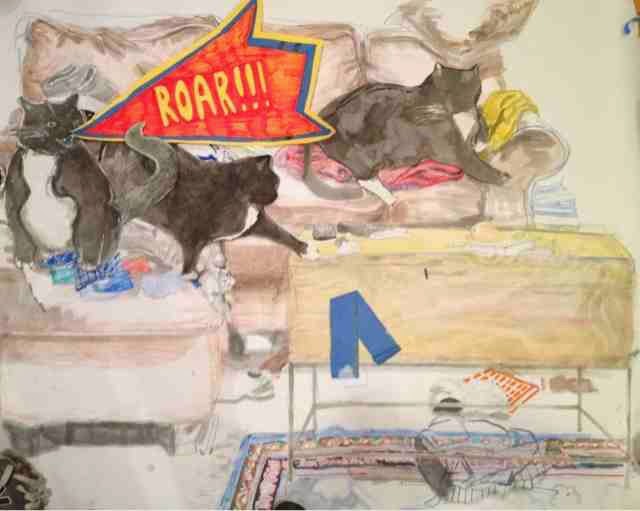 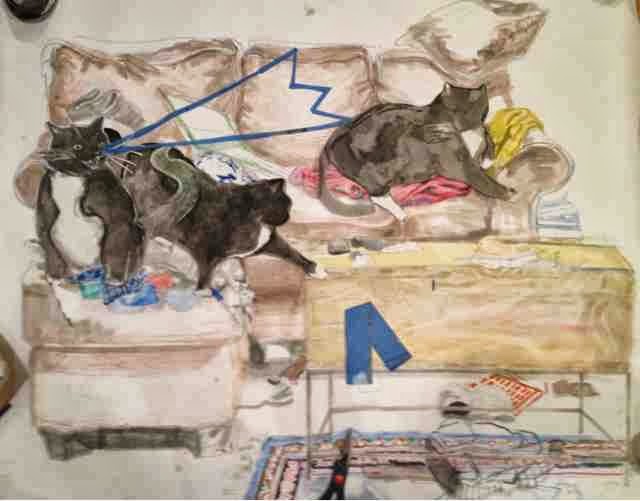 Taking a break from Highbrowishness, I did some old-fashioned Art-For-Enjoyment, inspired by the realization that:
THIS MONKEY LOOKS EXACTLY LIKE MY CAT. 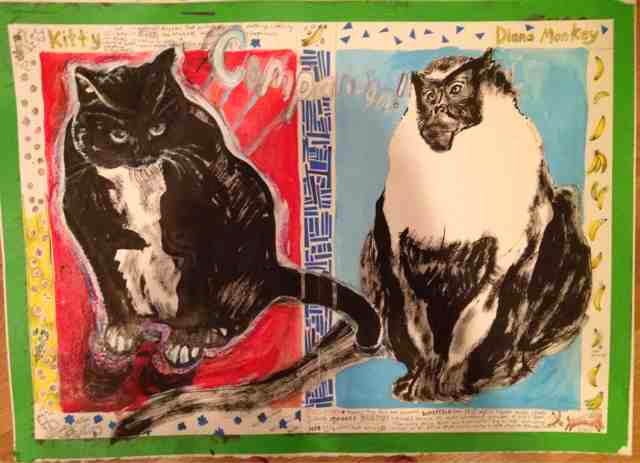 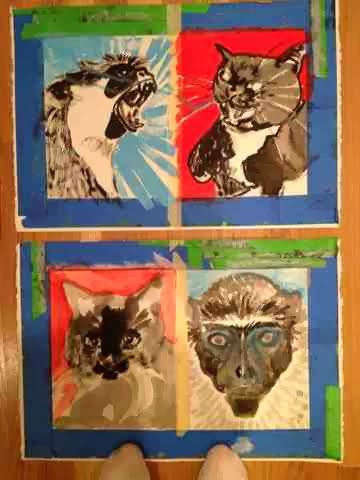 I'm all over the place. That's hardly something new, but halfway into what's supposed to be our last big artmakin' semester before writing a graduate thesis, I wish things felt like they were coming together. I've got autobiographical paintings, monsters, elementary school stuff, recycled experiments... and none of it's working yet. I need to decide what I want to say, what I want to make art about... and in the absence of any certainty there, I ought at least to STICK TO A PLAN! 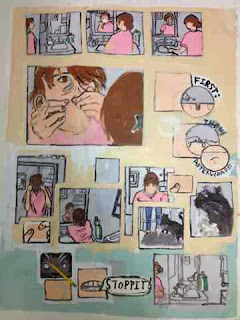 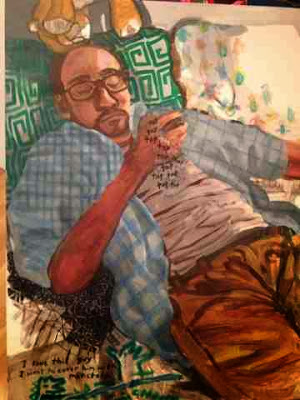 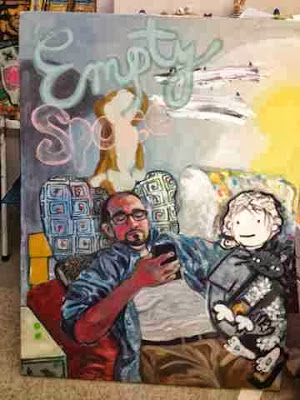 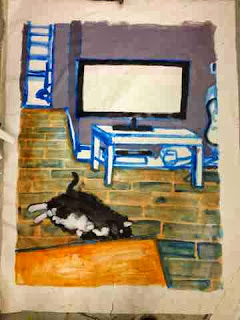 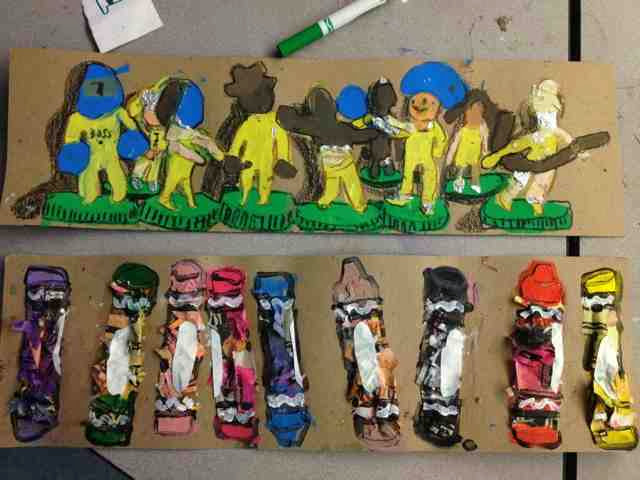 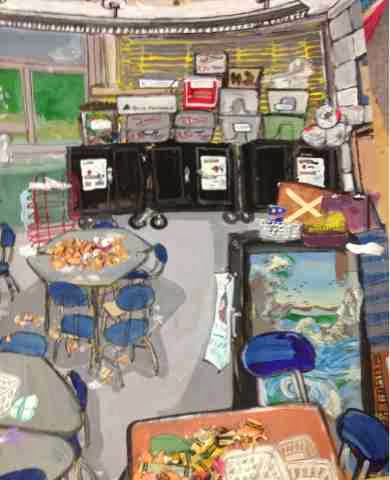